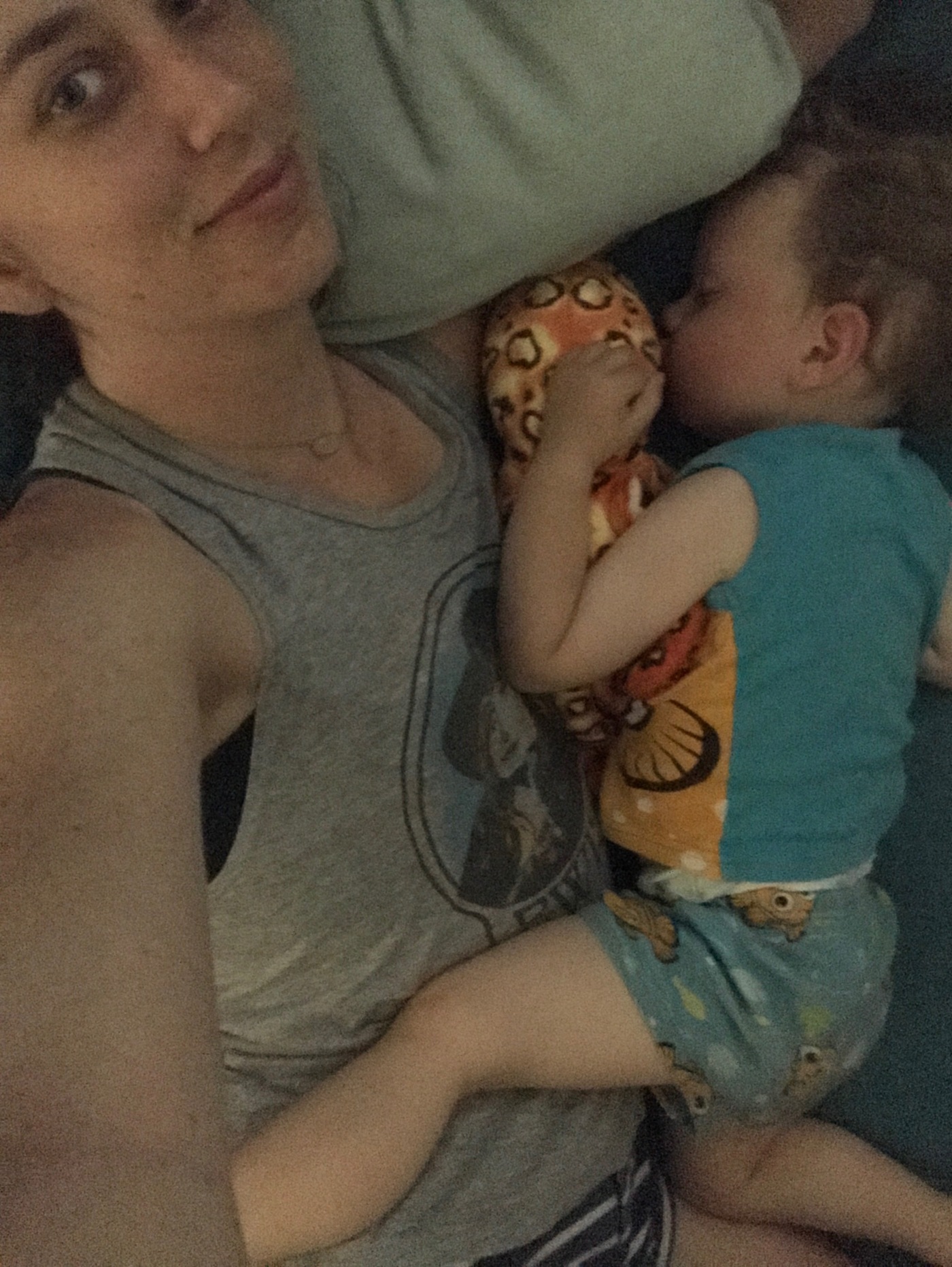 I was writing, my headphones on, music filling my mind while my fingers flew across the keys. I was in a groove, just getting settled when I heard it. Was that the song? I pulled one earbud out.

A distinct and wailing cry forty minutes in to my son’s usual two to three hour nap.

Nap time is me time. The only time in the day, between the hours of 6:30am-7:30pm, that I am alone and able to focus on what I want/need to accomplish. Often it includes eating lunch, checking social media, writing and/or making progress on my to-do lists.

I am fortunate that my kiddo still takes long naps. I depend on this time with a desperate fervor. Especially in these weeks while my husband travels for work and the nanny share has come to an end, while I’m on round-the-clock duty in a new way. It’s my way of centering and regaining sanity. It’s the time for my introvert to get her quiet time and recharge.

So today when he woke up after these measly forty minutes, my heart sank, my stomach flipped, my internal panic engaged.

I checked the baby monitor. Sure enough, the kiddo was sitting up, full-on crying. This happens sometimes. Something wakes him up too soon and the rest of the day is lost in a timelessness that includes my attempts to get him back to sleep with varying degrees of success, followed by a sea of overtired, overworked, resentful emotions between the two of us. It’s awful and I will do everything in my power to avoid that scenario.

Sometimes I’ll give him a few minutes and he’ll re-settle himself just fine. Other times, he’s just awake and that’s it. A crap nap. Or I have to hold him to sleep. But today the crying levels were such that either way, a mama intervention was required.

With a frustrated sigh, I slammed my laptop shut and went in to his room.

My frustration was quickly replaced by coursing love. And of course guilt. Because it was clear that my kiddo wasn’t really awake. He was having a nightmare.

I flipped the switch from indignant I- Have-Needs-Too Mom, to Comforting-Make-This-Better Mom immediately. I picked him up and held him close to my body like I did when he was so very tiny. With his long limbs tucked under him, and his head on my shoulder, I realized with a dull shock that he barely fit on me anymore. (When did that happen?)

As I settled into the rocking chair soothing him with words and back rubs, he quickly calmed. He wiggled and crabbed trying to find a comfortable position. After several minutes, he finally closed his eyes, lay his head on my shoulder and his breathing became steadier, heavier.

Just when I had mentally committed to holding him like that for the next two hours to ensure he would get his long nap in, he woke enough to reach for the crib. Surprised, I followed his cue and lay him down, tucking his stuffed dog under his arm. He reached for my hand and put it on his back. I rubbed his back a few more minutes until I could feel him dip deep into sleep.

This has never happened before. I have never, once, been able to get him back to sleep during a nap that didn’t require me holding him for hours in the rocking chair. I have spent endless hours these past two years in strained, contorted positions to keep him comfortable and asleep. The slightest shift could wake him suddenly and all would be lost.  The times I didn’t happen to have my phone on me, I would just sit and think, or fall asleep myself, and wake up with kinks in new places. Hopes of getting anything done that day gone.

These were the images that coursed through my mind in a montage when I had first heard him wake up. That made my pulse quicken with frustration.  Because I focused on the fact that it would mean that I got called back in to mom-work way sooner than I had prepared and not on the fact that this actually doesn’t happen much anymore, or that I used to enjoy it.  I didn’t think about how wonderful it is to hold him while he sleeps, to watch his beautiful, peaceful face.

I didn’t once assume that he would just, like, go back to sleep. That I would leave feeling kind of victorious and piercingly sad. I stood outside his door dazed. Unnerved and exhilarated and grieving this massive shift.

The shift that has me realizing that I honestly don’t know if I will ever again sit in contorted positions while he sleeps on me, his small body heavy and warm and perfectly pressed against my own. So surrendered and sweet and safe. I don’t know that he’ll ever need me to. There’s likely plenty of cozy sleeping in our futures, but not like this. How could I possibly resent an act that was at once such a blessing and so destined to be fleeting? 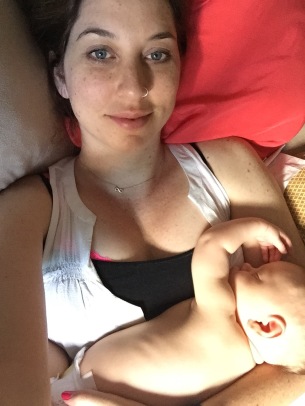 Mothering at home day in and day out can become so routine, so tedious, so lonely that I can lose sight of why I do it in the first place. Even though every time I close my eyes and access my intuition about it, my purpose for him blossoms abundantly clear: to nurture him, play with him, teach him and hold him as long as I can. As long as he needs me. As long as he’ll let me.

Independence is coming for us. Steadily, inevitably and far more rapidly than feels comfortable. For now, I get to be here when he wakes from his nightmares. I get to hold him while he still fits (and hopefully long after). I get to be here to mother him to independence. Even in sleep. That comes with days that I don’t get to my to-do lists. That means I sometimes operate at a much slower pace than the rest of the the world. That sometimes my needs are shoved to the bottom of the laundry pile.

Does that make the constant care, the exhaustion, the stress, the loneliness easier? No. But it sure as hell makes it worth it.

One thought on “A Nap Time Revelation”