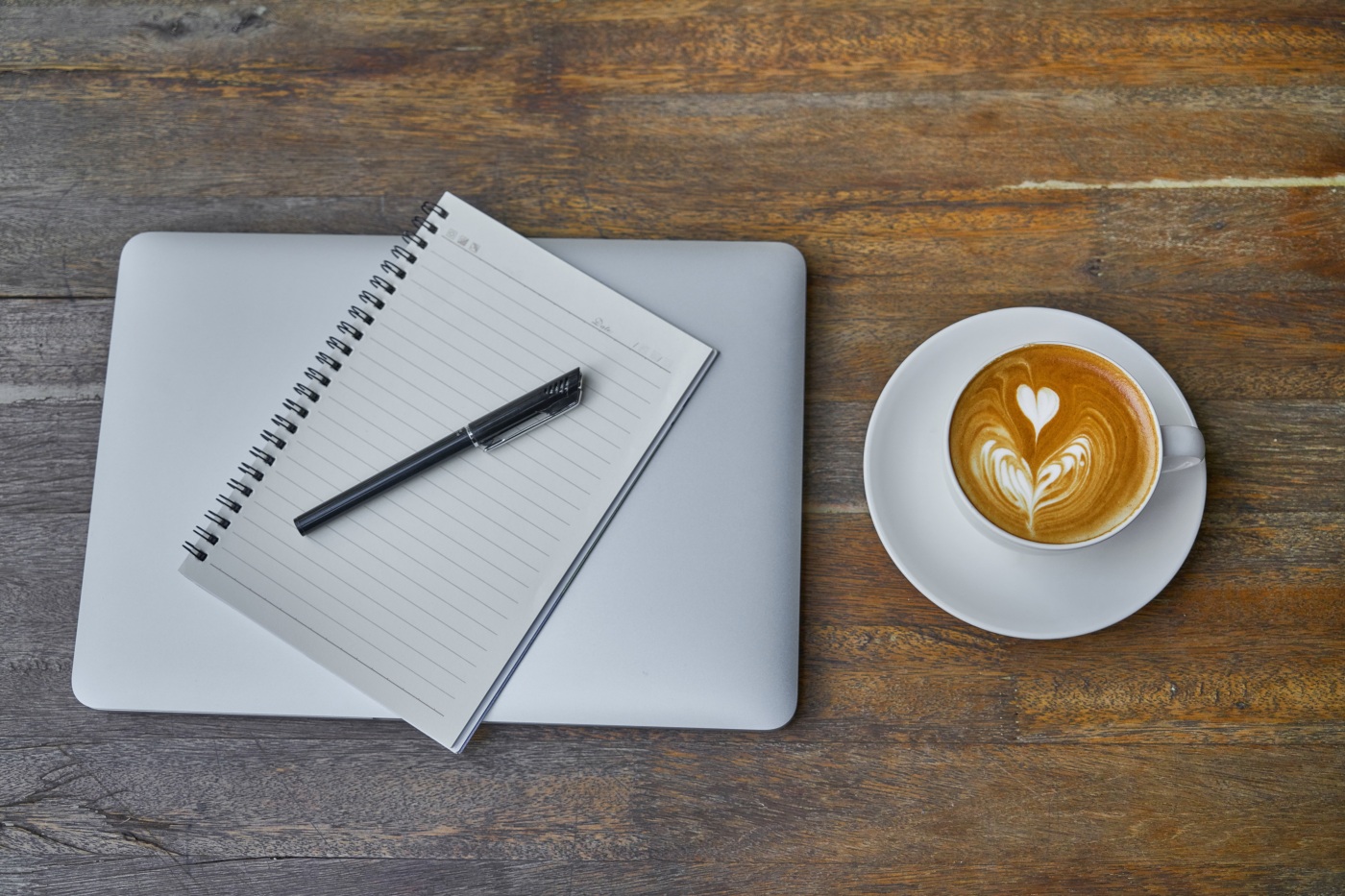 We have made it to the halfway mark of NaNoWriMo. As of this morning, I have just passed 35K words. I’m on a solid roll and it’s still feeling good and workable. The story is hurtling forward, but I must admit that I feel the first signs of fatigue settling in. Just call me Kate Middleton summering in Middle Earth because, my friends, we have reached the dreaded middle.

Middles are SO hard for me to write. As I wrote about last week, the set up and introduction is so much fun to write. Unearthing all your new characters, knowing all the havoc you are about to reign down on them. And the end can be utterly satisfying, wrapping it all up, giving the characters the relief they deserve. Giving yourself relief, in turn, because you have finished the damn thing.

But the middle. The middle is a slog. It’s exposition, and run-on sentences, and meandering that you’ll have to correct. It’s subplots that show up out of nowhere that you’ll either have to go back and introduce somewhere else or ultimately eliminate altogether.  It is hard to turn off the inner critic and inner editor when you get to the middle. Because there is so much written already, there’s a part of me that wants to go through that and start editing. Cleaning it up. Ultimately, it’s procrastination of the writing by feigning productivity.

Half of the energy that goes into writing right now is spent mentally shoving my inner editor into a locked room and telling her to rest while she can. Have a cup of coffee, lay among the pillows of smugness that will accompany slashing and hacking away at mediocre writing, my excessive use of “very”, the various plot holes and inconsistencies. Trust me, inner editor, you’ll have your due! Plus, like, back off and let’s be friends, huh?

One of my favorite quotes, well paraphrases, on writing is from Judy Blume who said in response to those who tell her she’s a good writer, “No, I’m a good rewriter.”

I think of this over and over again when the sentence I’m working on comes out close to the point, but doesn’t hit the essence of the thing. When the word I choose is adjacent to the one I mean. When the dialogue is funny but not sparkling.

I will have a chance to rewrite, to make it so much better. But you can’t rewrite nothing. By getting caught up on reworking the first half, I could forever get locked in a rewriting loop where I never actually finish.

So for now, I’m halfway there and legit living on a prayer. The only way out of the middle is to keep writing my way through it. Often knowingly writing something I will absolutely cut later because it is the only way to get to the good stuff. It’s a maddening process that makes us writers a little batty.

If you’re feeling stuck in this halfway point, I encourage you to push through.  Write through it. Even if that writing is the worst of your life, it’s better than nothing the page. It’s better than not giving it a go. No matter your word count, just keep at it. You started NaNoWriMo for a reason, and you owe your novel and yourself an honest try.

If nothing else, take heart that I’m stuck in the middle with you.

8 thoughts on “NaNoWriMo Halfway: Writing Through The Middle”

So excited! I’ve been cooking up an aspiring authors challenge that starts this Saturday Feb 1 (SWIPE!) and I can’t wait to both meet writers AND to participate. February is all about love, so it’s a daily prompt with the hope of meeting other aspiring authors and sharing the love we all have for writing. Thus: #aspiringauthorlove 💗 . It’s only half the month, ending on Valentine’s Day, bc I know aspiring authors are busy people who have a lot of writing to do. I have loads of ideas for more in the future. Feel free to screenshot or DM me for the graphic and I’ll be happy to send your way so you can participate! Let’s share the love, beauties! 💗❤️
🎧As I’ve always suspected, podcasts are SUPER fun 🎧In case you’ve missed it in my stories, @evolving.writer.jenasa interviewed me for her podcast #createyourearthlife and it was such a great conversation! We talked all things writing: my writing journey, querying, balancing mom life and writer life, as well as the challenges we’ve faced as writers (from postpartum depression to self-doubt). It’s episode 4 - Writing, Blogging & Motherhood and you can find it on Spotify or iTunes! . And while doing something like this rubs up against my imposter syndrome, this conversation did help me realize how far I’ve come - that while I’m no expert, I do have some advice to share and perspective to offer. I have so much more to learn, I’m standing at the bottom of a whole new mountain (book 2 - gulp) but I’ve also climbed a few, and that feels like something to savor🏔 What writing mountain have you bested recently, beauties? Let me know! 👇🏼👇🏼👇🏼
Writing friends! I need your input. Anyone else have big writing goals this year? 🙋🏼‍♀️I have several — one of them is connecting with more writers as I embark on the daunting task of writing a second book. It’s helped me immeasurably to have support and vent sessions and general solidarity from fellow aspiring authors on this wild journey, and I’d love to expand my #writingcommunity as I tackle this task. . As such, I’ve been working on an IG aspiring author’s challenge for February and wondering if you’d participate?? I’ve put a poll up in my stories if you’d like to weigh in. . Its been a really intense start to the year, but I feel like I’m starting to get my bearings and am feeling motivated and excited to start working again. . Let’s walk this winding road together, beauties 🖤
“There is a crack in everything. That’s how the light gets in” - Leonard Cohen 💛 thank you all so much for your heartfelt condolences and kind messages this week. They’ve been a real comfort as I’m really battling grief, as well as coming up against some intense challenges adjusting to life as a mom of two. I wrote a blog post that was super cathartic about all of this. It’s linked in my bio if you’d like to read it. It may seem silly to some, but this IG community is really something beautiful. I so appreciate each and every one of you 🌸
I lost my grandmother a few weeks ago on Christmas. I’ve been grappling to find the words to express my heartache because she was a remarkable and unbelievably important person in my life. . In LIGHTS UP, the book she encouraged me to write despite all the challenges I came up against, the main character, Paige, has a special relationship with her grandmother. As Paige struggles to find where she belongs and struggles to relate to her peers, to her sisters, to her parents, to herself, she is reassured again and again by her grandmother that she’ll find her way. Her grandmother is the only one who sees her clearly and pushes and nudges and loves her in all the right ways to get her to see and love herself more clearly. That grandmother in the book is informed by, based on, and a celebration of my own. She loved me and all of her grandkids with such ferocity. . Celebrating her life and legacy this past weekend was a gift to start this year and decade. I now approach this new decade with a renewed perspective of what matters most, a full (if fragile) heart, and a lasting reminder to nurture my family, my writing, and myself with the same loving attention she always gave me.
2009-2019 has been the most profound decade. I’m ambitious and goal-oriented and tend to get caught up in all I don’t achieve, rather than celebrate what I do. But I sat down one afternoon recently to really think on the abundance of gifts I’ve received this decade. My husband. My children. My work. The successes I’ve achieved. The heartaches, losses and lessons. . I wrote a post all about the most stunning changes this past decade. If you’re a writer, I’d love to know if it resonates with you, too. Link in bio ⭐️ . Happy New Year, beauties! May 2020 begin a new decade of flowing words, lasting, joyous change and see all your dreams come true🥂